On confirming the appointments, OMESTI Berhad Executive Director Gerard Monteiro said, “We are honoured and delighted that these two leading figures of the Malaysian business landscape have agreed to join us. In our interconnected world, particularly in current times, it is important that we embrace diversity of thought in our approach. The combined expertise and insights of these two gentlemen will complement the wealth of experience already available to us through our existing Board. This will be invaluable in helping us to lead the OMESTI Group to its next level of growth and development.” 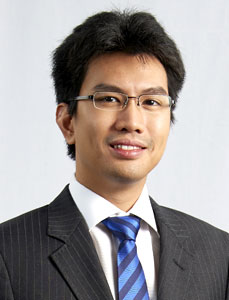 Educated at Kuala Lumpur Alice Smith School, and then Marlborough College, Tunku Zain went on to obtain his MSc in Comparative Politics at the London School of Economics and Political Science. He then worked in the UK Houses of Parliament before moving to Washington DC to join the World Bank as a Public Sector Consultant. Upon returning to Malaysia, Tunku Zain worked at the United Nations Development Programme and the KRA Group before becoming a Research Fellow at the Lee Kuan Yew School of Public Policy at the National University of Singapore.

In 2006, he co-founded the Malaysia Think Tank which later evolved into Institute of Democracy and Economic Affairs (IDEAS) in 2010. He currently serves as Independent Non-Executive Director of Allianz Malaysia Berhad and Allianz General Insurance Company (Malaysia) Berhad, as well as advisor or patron to numerous educational and cultural organisations. An Eisenhower Fellow, he has been selected for various leadership programmes by the governments of Australia, France and the European Union.

Since 2008 he has maintained a newspaper column: initially ‘Abiding Times’ in The Sun, then ‘Roaming Beyond the Fence’ in the Star and Sin Chew, and now ‘Conservatively Speaking Freely’ in the Malay Mail, Borneo Post and Oriental Daily.

He is a Trustee of Yayasan Chow Kit, Yayasan Munarah, Jeffrey Cheah Foundation and Genovasi Foundation and committee member of several societies and associations, including the Squash Racquets Association of Malaysia; and a Royal Fellow of the National University of Malaysia. 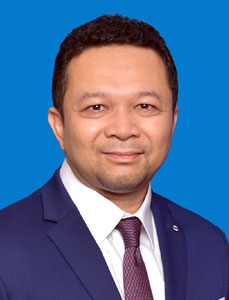 He was formerly Group Chief Executive Officer of Pelaburan Mara Berhad, an investment and financial services arm of a statutory development agency of the Government of Malaysia. He currently serves as Managing Director for Southeast Asia of Allied Investment Partners PJSC, an investment and advisory firm based in Dubai, United Arab Emirates.

He started his career in law and corporate finance and worked with leading firms in Kuala Lumpur and London and with Securities Commission of Malaysia. He has advised financial institutions and corporations on various aspects of corporate finance, cross-border financing, mergers and acquisitions and restructuring activities.