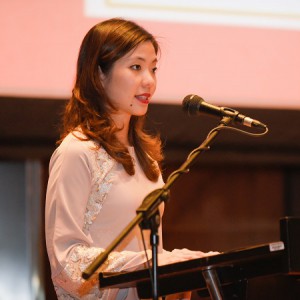 The project, awarded to OMESTI in early January this year, involves the design, development and deployment of an enhanced court infrastructure platform with additional capabilities and footprint. The new solution, which is due to be rolled out over the next 15 months, will bring about a significant step change in in terms of scale, functionality, integration and user experience.

OMESTI Group Executive Director Ms Mah Xian-Zhen said, “The first phase of the eCOURTS project, in place since 2009, has already helped transform the court infrastructure and judicial operations to deliver some major improvements. However, technology has evolved significantly, even in the last five years. This means that there is now the scope and capacity for systems to be further enhanced and deliver a more comprehensive solution.”

Nurman Rummel Sanusi, COO of the OMESTI eCOURTS development team, said, “This Project involves the development of an entirely new platform. This is being designed to deliver the optimum user experience and bring greater efficiency for thousands of additional users. We are delighted to be working alongside the teams at Mahkamah and BHEUU to bring about this next generation of court digitisation.”

The scope of work includes new Case Management and eFILING modules for civil and criminal cases, as well as a revamped public portal.

One of the key components of the enhanced system will be a mobile app enabling lawyers to perform filing activities at any time from any location. “We recognise that mobility is a fundamental aspect of everyday business and court operations are no exception. The new mobile app will transform the way lawyers can interact with the system,” added Mah Xian-Zhen.

The system will also be linked with various external government agencies including PDRM, JPJ and the Land Office.

Work has already begun and completion of the project, scheduled for July 2017, will see the new eCOURTS system in operation at 20 locations across Peninsular Malaysia. 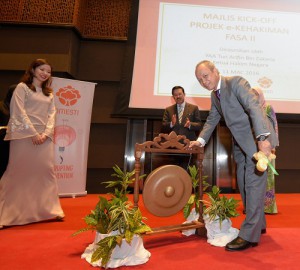