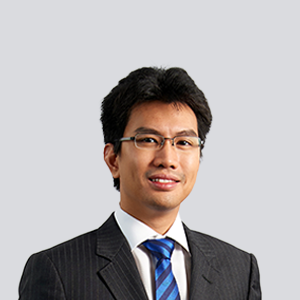 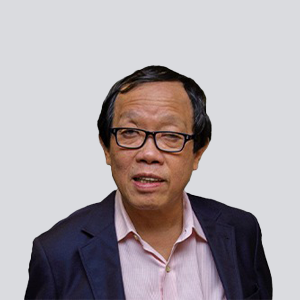 Malaysian technology solutions provider OMESTI Berhad has announced two key appointments to its Board of Directors. YAM Tunku Zain Al-’Abidin Ibni Tuanku Muhriz (above left), currently Independent Non-Executive Director, has been appointed as the Group’s new Chairman, and Dato’ Sri Thong Kok Khee (above right), currently Non-Independent Non-Executive Director, has been appointed as Deputy Chairman. Both take up their new designations on the Board as the Group is set to embark on a number of new initiatives, including its recently announced healthcare venture and Vaccin8 Programme.

Tunku Zain has served on the OMESTI Board since April 2020 whereas Dato’ Sri Thong Kok Khee was first appointed to the Board in 2011.

“We are delighted to announce these appointments. The extensive experience of both Tunku Zain and Dato’ Sri Thong in leading business circles in Malaysia will be invaluable in helping us take our Group to the next level of development and growth. ”

Aged 39, and a prominent figure in Malaysian business and thought leadership circles, Tunku Zain has been closely involved in the technology sector for some time. He is currently Chairman of the Malaysian chapter of General Assembly, an organisation specialising in upskilling individuals in preparation for the digital economy. He is also active in the Fintech sector, in the pursuit of new digital banking aggregation initiatives.

“I have followed with great interest OMESTI’s digital transformation journey to date and I am delighted to accept this appointment as the new Chairman. I would like to pay tribute to the outgoing OMESTI Vice Chairman, Dato’ Mah Siew Kwok, the founder of the Group. His long involvement in steering the Group through multiple phases of its history, together with his foresight and leadership qualities have made OMESTI the dynamic organisation that it is today. I very much look forward to working with the Board and the rest of the team, as we prepare the Group for its critical role in the post-COVID digital economy,” said Tunku Zain.

Tunku Zain’s early career included a period at the UK Houses of Parliament before moving to Washington DC in the United States, where he joined the World Bank as a Public Sector Consultant. He subsequently worked at the United Nations Development Programme and the KRA Group before becoming a Research Fellow at the Lee Kuan Yew School of Public Policy at the National University of Singapore. These roles provided him with invaluable insights into the links between public policy and legislation and their impact on the economy and society at large. He also came to recognise the vital importance for businesses to understand the regulatory framework within which they operate.

In 2006, he co-founded the Malaysia Think Tank, which, in 2010, evolved into Institute of Democracy and Economic Affairs (IDEAS) and is now a leading proponent of the rule of law and market-based solutions to public policy challenges.

He currently serves as Independent Non-Executive Director of Allianz Malaysia Berhad and Allianz General Insurance Company (Malaysia) Berhad, as well as advisor / patron to numerous educational and cultural organisations. An Eisenhower Fellow, he has been selected for various leadership programmes by the governments of Australia, France and the European Union. A popular keynote speaker at major conferences and events, he is also a published author and regular columnist for various Malaysian news outlets.

He is a Trustee of Yayasan Chow Kit, Yayasan Munarah, Jeffrey Cheah Foundation and Genovasi Foundation and committee member of several societies and associations, including the Squash Racquets Association of Malaysia. He is also a Royal Fellow of the National University of Malaysia. He graduated from the London School of Economics & Political Science, where he obtained an MSc in Comparative Politics.

Also a graduate of the London School of Economics, Dato’ Sri Thong has a long and varied career in the financial services industry.  He has been actively involved in a number of businesses and is currently Non-Independent Non-Executive Director of Inari Amertron Berhad and Ho Hup Construction Company Berhad.